Breast ptosis corresponds to the slump of the breast. The breasts appear distended, their upper part seems flattened and they "fall". A Breast lift surgery (also known as "breast rejuvenation ") involves the surgical correction of sagging breasts in order to restore a young and harmonious breast silhouette.

Correction of breast ptosis: in brief

What is breast ptosis?

Breast ptosis is defined as sagging of the breast. The breasts appear distended; their upper part seems flattened. These are called "falling breasts".

It is a physiological phenomenon which is explained by a progressive decrease in the volume of the glandular contents and by a distension of the skin envelope. It increases gradually with age and may be favored by significant weight loss (especially after pregnancy). 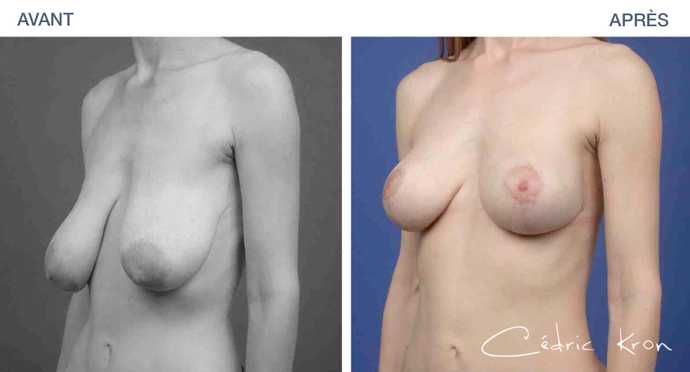 The principle of breast lift

The objective of a breast lift is to correct breast ptosis and to find a juvenile and harmonious breast silhouette, proportionate to the rest of the body, to raise the chest so that it does not fall anymore.

The principle of a breast lift is to reshape the curve of the breast to give it a volume and a harmonious shape. For this, the surgeon remounts the mammary gland and then adapts the skin envelope to the new curve and places the areolar-nipple area in the right position. Depending on the case, the intervention may or may not be accompanied by the placement of a breast implants.

Scars induced by the operation

In case of significant ptosis, this scar takes the form of an inverted "T" or a marine anchor. The horizontal portion of the scar does not come out of the sub-mammary fold, the cleavage, or to the armpits.

For Dr. Kron, understanding the implications of an operation is one of the fundamental elements of the care contract. That is why, before any intervention, it explains precisely to the patients the modalities of the breast lifting as well as the evolution of the scar.

In the majority of his interventions, Dr. Kron favors vertical scars or short horizontal scars hidden under the breast.

In some cases of very moderate ptosis, it is possible to use a technique that allows the correction of sagging with only a scar around the areola.

The process of a breast lift

After a checkup with the surgeon taking into account the medical history of the patients as well as mammograms, the procedure is performed under a general anesthesia lasting between one and two hours.

Hospitalization usually lasts one day. It is possible in some cases to stay the night following the ptosis correction surgery. 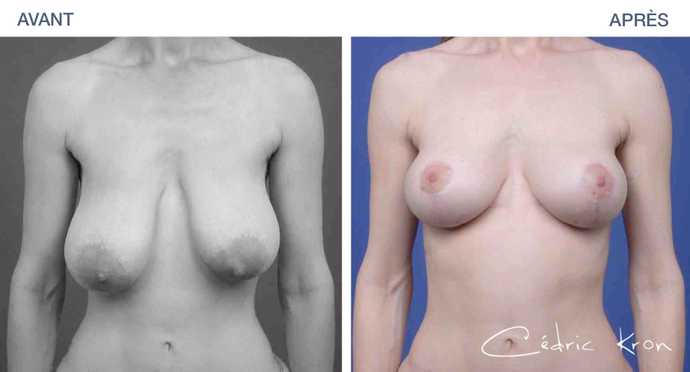 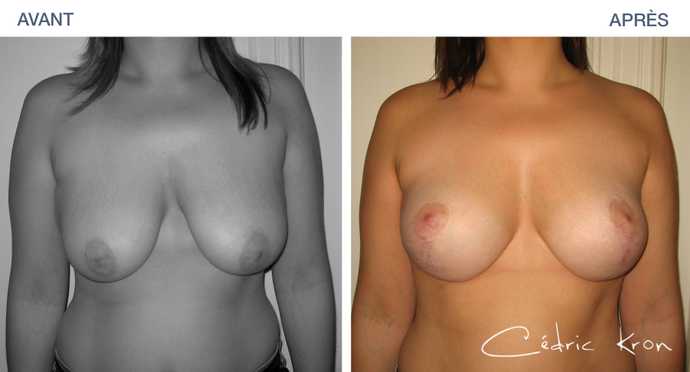 > See more before & after photos of breast lift surgery

If you have any question about breast lift, please send us your contact information.